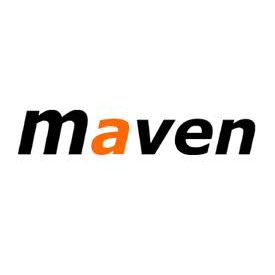 Most people that do software development and/or deployment on environments that run on the JVM (Java Virtual Machine), have come across Apache Maven (or tools such as Apache Ivy that interface with Maven repositories), and know that it is a great tool for managing dependencies for applications. Most Open Source and commercial (or semi-commercial) software packages and modules offer public Maven repositories to get the components (and the right versions of them) automatically downloaded when you are building/assembling your application.

There is also challenges, such as Maven allows you to declare dependencies, and automatically resolve dependencies in third party modules, but what if that particular module is not available in the public Maven repository, where can you find it? You often end up googling for things like “+org.restlet +maven +repository” to find where that particular module is published and downloadable for Maven, and adding that repository either to the build files (for Maven, Ivy etc) or to your maven settings in your home directory.

A DNS Record for Maven Repositories

The standard I propose would make it easy for anybody, open source project or commercial software company, to publish a pointer to a Maven Repository (and it can even be fully or partially protected for commercial modules) through a simple DNS entry, and then have Maven automatically resolve that repository.

The whole idea is to allow the owners of an domain to declare a pointer in their DNS that tells Maven where to find the  Maven Repository associated with that domain.

This is an example DNS record of how to declare a Maven Repository (this would be part of the DNS zone file):

Try this for my domain, in a Mac OS X, Linux or Windows terminal/command prompt enter:

This should give a response as follows:

This would in the standard I propose here, tell Maven that for all packages with an Maven Group ID (or organization identifier) of “com.nicolaiwadstrom”, the primary repository is located at “https://nicolaiwadstrom.com/maven2/”.

We always reverse the the Maven Group ID (or Organization in other words), we are always asking the authority (owner of that domain/DNS, such as nicolaiwadstrom.com) for the packages that are part of “com.nicolaiwadstrom”.

This do not mean that we fix any existing problems with man-in-the-middle DNS attacks, but we do not introduce additional security issues (as anybody in the middle can spoof any existing Maven repositories, such as the central Maven repository). Existing standards such as DNS Sec should be used to address those concerns.